Check out these fun facts about shades and blinds as prepared by the expert Florida shade installation and Florida blind installation team here at Design Your Blind.

During construction of the Colosseum in ancient Rome, Rome got absolutely filled with dust. In order to keep dust out of their homes, Romans hung damp pieces of fabric over their windows. This is the origin of today’s Roman shades!

Venetian blinds as they are known today were actually invented by the Persian people, in today’s Iran. This form of blinds were traded to Venetian merchants who then brought them to Italy and the rest of Europe.

Drapery is usually featured in center stage in theater, film, and television as set pieces. In the classic film ‘The Sound of Music,’ the protagonist Maria creates new clothing for the Von Trapp children out of the curtains in her room. The lead of ‘Gone With the Wind,’ Scarlett O’Hara, has her classic green velvet dress made from drapery. Another classic window treatment moment in show business was when Carol Burnett parodied this dress from ‘Gone With the Wind’ on her iconic eponymous sketch show when she wore a dress with the curtain rod still attached behind her neck.

Found in the ruins of the ancient doomed city of Pompeii were slatted blinds – similar to shutters – completely made of heavy marble! The Difference Between Vertical and Horizontal Window Blinds 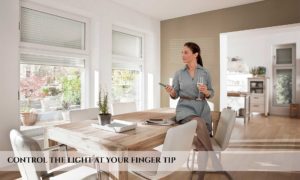 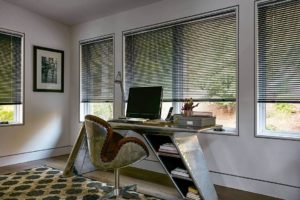 I got several quotes and this company showed me from the start they were ready for business. I got a quote on the spot and to my email shortly after, it was clear and detailed, that’s why I picked them. Good price and good quality.

I highly recommend Design Your Blind! They are such professionals and so easy to work with. They made the whole process seamless and communicated well with me. Dave and Lily are so personable and have such a great eye for design. I absolutely love my shades and blinds- they did every room and window in my home! I love their work so much that I am going to have them do custom draperies for me next! Wonderful experience!

I needed to purchase window blinds for my house. I need all my windows covered. I didn’t want to spend a lot and I was able to find some awesome cheap designs through this company. My blinds were from trusted brands and they were competitively-priced. If you’re on a budget, definitely call Design Your Blind, you will not regret it.